Abid Ali, Mohammad Rizwan, Shaun Masood and Shaheen Shah Afridi’s progress Azhar Ali will lead the national Test cricket team, Babar Azam T20 and ODI cricket team for the first time in the list of central contracts. Along with the performance, the format and number of upcoming scheduled matches have been taken into consideration
Pakistan Cricket Board has announced a 18-player central contract for the 2022-21 season. Naseem Shah and Iftikhar Ahmed have been included in the central contract effective July 1. On the other hand, the Pakistan Cricket Board has handed over the leadership of the national Test cricket team to Azhar Ali for the season 2022-21 while Babar Azam has been given the leadership of the national T20 and ODI cricket teams.
Meanwhile, Pakistan has to play 9 Tests, 6 ODIs and 20 Twenty 20 Internationals in different bilateral series besides participating in Asia Cup and ICC Twenty 20 World Cup 2022. Misbah-ul-Haq, head coach and chief selector of the national cricket team, said that in addition to reviewing the past performance of the players during the distribution of this merit-based central contract, it was also taken into account that in the next 12 months, our What is the number and format of cricket matches?
Misbah-ul-Haq said that he was grateful to the Chairman PCB for considering his proposal for Emerging Category for Haider Ali, Haris Rauf and Muhammad Hasnain. He said that this is part of the strategy for future preparations, believing that the creation of this new category will give an opportunity to young players, especially domestic cricketers, to perform well.
The chief selector of the national cricket team said that he congratulated Azhar Ali and Babar Azam on the extension of their captaincy. He said that it is definitely a good decision as it will clarify his role in the squad which will give both the players a chance to improve their game. It is certain that both players will now plan better for the future.
Misbah-ul-Haq said that the selectors had made a difficult decision regarding Mohammad Amir, Wahab Riaz and Hassan Ali not to sign the central contract. However, Hassan Ali did not participate in most of the last season due to injury while Mohammad Aamir and Wahab Riaz This decision is correct after the announcement of the focus on limited style cricket. Misbah-ul-Haq said that Mohammad Amir and Wahab Riaz are senior and experienced bowlers and they will be available for selection of national cricket team in future also.
Both the cricketers are also capable of guiding the youth pace battery in an efficient manner. Misbah-ul-Haq said that as a regular member of the team, Mohammad Rizwan has been promoted to Category B while Sarfraz Ahmed has also been placed in Category B as he is part of our plan for the future. “We have to play very difficult cricket in the next 12 months where Sarfraz’s experience and knowledge will be required,” he said.
Misbah-ul-Haq said that he was happy that Shaheen Shah Afridi and Naseem Shah were rewarded for their excellent performance. He said that both the fast bowlers are undoubtedly the future of Pakistan cricket and if they both stay fit then they have the potential to rule the world of cricket for a long time. It will be a source of encouragement to those who have been trying to improve the performance of these two players for a long time.
The chief selector said that a comprehensive pool of batsmen and bowlers has been made in this list which will help us in managing the workload of the players. And if they feel that a player needs to be brought into the national team as soon as possible, they will not hesitate to make a decision.

Saleem Malik: “If not match-fixing, why should I confess? 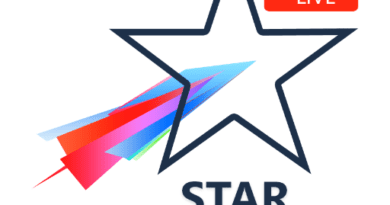